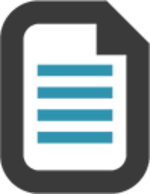 Lots of important and personal information is stored in the Cosmos service centre, that's why we've implemented 2FA. 2FA adds an extra layer of security. You can use the functionality with an authentication app on your phone.

For those who want to dig in, please follow these steps:

In a previous newsletter we wrote about 'Let's Encrypt'. In the meantime, much progress has been made. Because of the rapid turnaround time (every 3 months) of the Let's Encrypt SSL certificates, it is not possible to install these certificates in an orderly manner. For this reason the team of Let's Encrypt has made plug-ins for different types of web servers (eg. Apache and Nginx).

Because we offer clustered hosting by default, these standard plug-ins are unfortunately not usable for us. To make our HAProxy based proxies suitable for this process we wrote a plug-in for it. We are currently still testing the HAProxy plug-in, but we've already released the code to the public.

The internet thesis price is an initiative of The Royal Holland Society of Sciences and Humanities, SIDN fund, Brinkhof lawyers, Google and Greenhost. Prizes will be awarded for the best theses of 2015 on Internet-related topics in a various disciplines; Internet and economics, Internet and law, Internet and society and humanities and Internet and technical sciences. Master's students who graduated in 2014 or 2015 at a Dutch institution for scientific education compete for one of these prizes, each worth € 2,000, -. The winner also wins an extra prize of € 500, which is decided by the public.

For our field 7 theses have been submitted. We give out the price on the basis of a panel report for the best thesis in the field of internet and technical science. The jury consists of Prof. dr. J.C.M. Baeten, CEO Mathematics and Computer Science Amsterdam and Professor of Theory of Computing University of Amsterdam, and Prof. dr. B.P.F. Jacobs, professor of security and accuracy of software Radboud University Nijmegen.

The ceremony will take place on April 15 on the Royal Holland Society of Sciences and Humanities premises in Haarlem.

Greenhost is in Valencia from March 1 – 6 for the Internet Freedom Festival. The Internet Freedom Festival is an event where diverse communities working against and affected by censorship and surveillance come together to teach, plan and act. Worldwide interest in protecting vulnerable populations from digital attacks continues to increase as the threat against those populations grows in strength and sophistication.

The international community of circumvention technology users and developers are coming together during this festival and collaborate to expand digital freedom capabilities. Instead of meeting at isolated points to serve one defined population, we need all the various groups touched by surveillance to engage in conversation.

The Rapid Response Fund is an initiative by Open Technology Fund. The goal of OTF is to promote freedom of speech on the internet. Rapid Response aims to facilitate the development of a strong digital emergency response community that can work together to resolve threats in a timely and comprehensive manner.

Greenhost is one of OTF's trusted partners and we will work together with OTF to resolve digital emergencies experienced by high-risk Internet users and organizations, such as bloggers, cyber activists, journalists and human rights defenders. Read more about Rapid Response on our website.